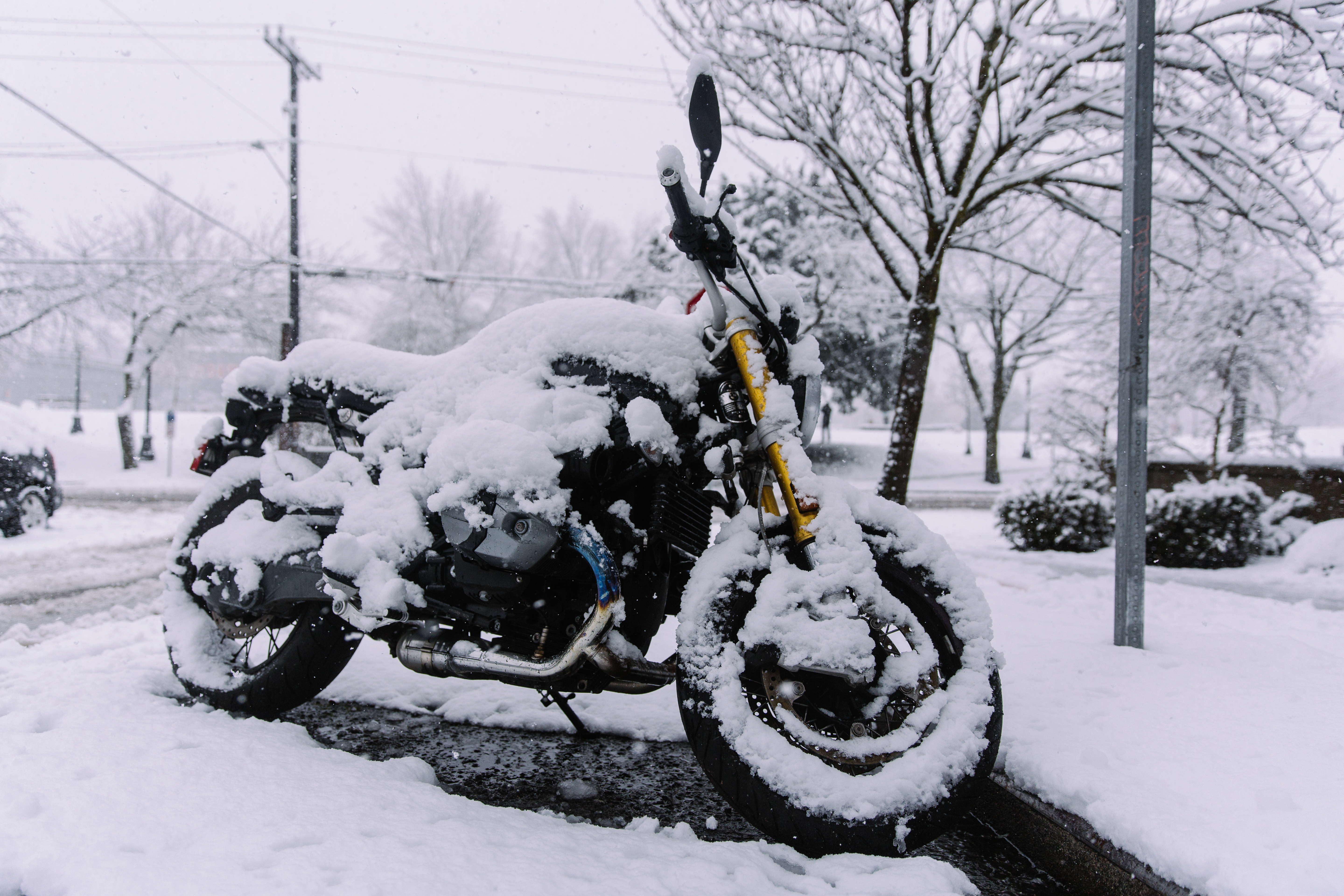 Most motorcycle owners are fastidious about keeping their bikes clean. A motorcycle that is left muddied, dinged or salt-lined is a pock on the owner’s pride – and soon enough their pocketbook if they aren’t careful. Bike owners especially need to take care in the fall and winter, with proper storage key to motorcycle rust prevention.

For some types of metal, rust can be a death sentence. Rust, the chemical breakdown of metal caused by exposure to corrosive materials, oxygen and moisture or humidity, is the bane of any dedicated rider. It’s a foe that can seize hold quickly, especially during the winter months when salt lines the road. It is, however, preventable – with proper cleaning, repair and a high-quality VCI motorcycle rust cover.

VCI is short for “vapor corrosion inhibitor,.” It’s a formula that can be infused into cloth, plastic or other storage materials, releasing a colorless, odorless, non-toxic vapor into the air and forming a thin, protective layer of anti-corrosive molecules on the metal in an enclosed area.

This type of protection – as opposed to a motorcycle rust cover without this feature – is imperative to keeping your ride in the best possible condition.

Motorcycles, like most vehicles, are made of various metal components. All metals are vulnerable to corrosion by way of various chemical reactions. Rust is a specific type of corrosion unique to iron and iron alloys when exposed to H2O and oxygen.

Colder weather itself won’t necessarily hurt, but the rainwater, snow, sleet, humidity in the air, salt on the streets and road grime trigger rust on exposed metal. Road salts that come into contact with moisture or precipitation can release free-radical ions that form an aggressive oxide when exposed to oxygen. Oxide is the scientific term for rust – and this can destroy the metal on your bike.

It’s not always possible to avoid puddles and slush, but it’s smart to do so if you can, as they collect salt and runoff that, once splashed onto the metal of your bike, can accelerate motorcycle rust.

This can be exacerbated if your motorcycle has any nicks or surface damage. The risk of this is heightened in winter, when road conditions deteriorate significantly with the freeze-and-thaw cycles that cause divots and potholes in the pavement, leaving your bike vulnerable to nicks and scrapes. Be sure to repair these exposed areas or at least clean them as soon as possible. Otherwise, they’ll be especially vulnerable to rust.

Rust and corrosion generally start small, but can spread like fire, gnawing away at essential parts of your bike.  Damage by rust even to small metal components of your motorcycle can have an impact on its functionality if it’s not caught early and treated properly.

Motorcycle rust prevention is far easier than trying to remove rust once it’s taken hold. That’s why road salt residue, dirt and other debris should be promptly cleaned – and your bike properly stored – after every ride.

Even if all you do is store your ride during the cooler months, using a plain motorcycle cover with no VCI technology can actually do more harm than good, as it can trap humidity/condensation. A VCI motorcycle rust cover is your best bet for winter storage.

The ultimate guide to storing and protecting your motorcycle collection, Jan. 30, 2017, By Grant Elliott, BikeSure.com