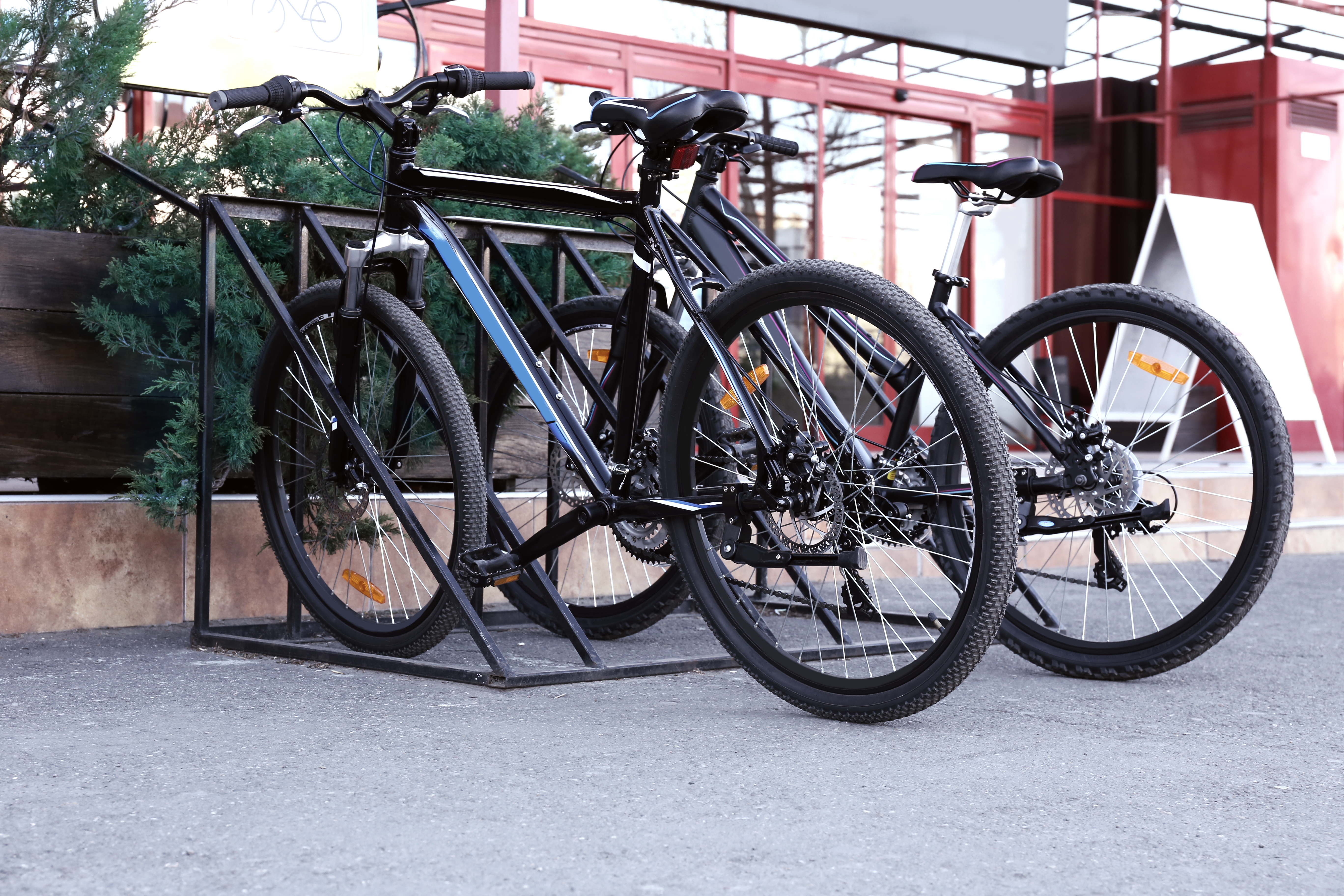 You may have good reason to store your bicycle temporarily outdoors. In an ideal world, every bike would have a convenient, climate-controlled, indoor space to be shielded from the elements after each ride.

Unfortunately, that’s not always possible. If you are to be successful in preventing bicycle rust despite occasionally keeping your bike outside, take special care in cleaning, indoor storage and proper covering when you do have the opportunity.

Vapor corrosion inhibitor (VCI) bicycle covers by Zerust offer important additional protection while your bike is in storage by sealing out oxygen and moisture and coating the metal components with a thin layer of anti-rust, anti-corrosion molecules.

Why Your Bike Can’t Weather The Elements

Bicycles, like anything else made with iron-based metal components, are vulnerable to rust when exposed to oxygen and moisture. Metal can also corrode due to close proximity with certain dissimilar metals. The American Chemical Society explains the processes in more depth here.

The length of outdoor exposure time you have before your bike components start to degrade will depend on several factors, including the specific metal components of your bicycle, whether those components are adequately sealed and the climate/elements to which the bicycle is exposed.

If you have a newer bicycle (something manufactured within the last 5-to-10 years), you’re more likely to have have thick seals on the headsets, hubs and other parts of the bike that would otherwise be extremely vulnerable to corrosion. This is especially true if your bicycle is a higher-end model.

Generally speaking, if you leave your bicycle out for a day or so, it may not sustain significant damage, depending on the humidity/moisture level. However, if left out in the elements for a week or more, your bike will  likely begin to show signs of physical damage before long. In addition to rust caused by metal contact with moisture and oxygen, this could include the breakdown of rubber and plastic components due to heat/sun exposure.

In cold weather, storing your bicycle unprotected outdoors can result in corrosion, seized parts. ) Cables will start to break down, something that will be apparent with sudden drag when you shift and break.

The local climate can also play a large role in how fast the condition of your bicycle deteriorates when stored outdoors. Temperature extremes can have an impact on the pace of corrosion, though the bigger danger is humidity. That’s why even if climate-controlled storage isn’t an option, it’s important to at least keep your bicycle dry.
Using a VCI bicycle cover after every ride will offer the best possible shot at preventing bicycle rust – whether you’re bike is BMX or more the butcher’s variety.

What is a VCI Bicycle Cover?

Although there are thousands of options if you’re in the market for a bicycle cover, the choices are considerably leaner if one of your top goals is preventing bicycle rust.

A run-of-the-mill bicycle cover might keep a bike cleaner than it would be otherwise, but it’s not going to stop moisture or dust from seeping in. In fact, it may even accelerate the corrosion process if it traps moisture, road salt or other harmful elements inside.

Zerust bicycle covers offer added protection that is particularly important if you routinely ride your bicycle in city streets or on rocky mountain terrain – both of which can increase the odds of nicks that might further accelerate the corrosion process. (Be sure to thoroughly clean your bike right away before storage and repair this damage as soon as possible to reduce the risk of rust taking hold.)

Our covers are corrosion-proof, water resistant, mold-proof, rust-inhibiting and last for a full five years.

Bottom line: If you leave your bicycle outside for a day or two, it’s unlikely to be the end of the world. However, if you value your investment and preventing bicycle rust, consider investing in a Zerust bicycle cover.

Contact Zerust for information on preventing bicycle rust or Zerust VCI bicycle covers by emailing us or calling (330) 405-1965.

How to Remove Rust on a Bicycle, By Erica Lee, Livestrong.com