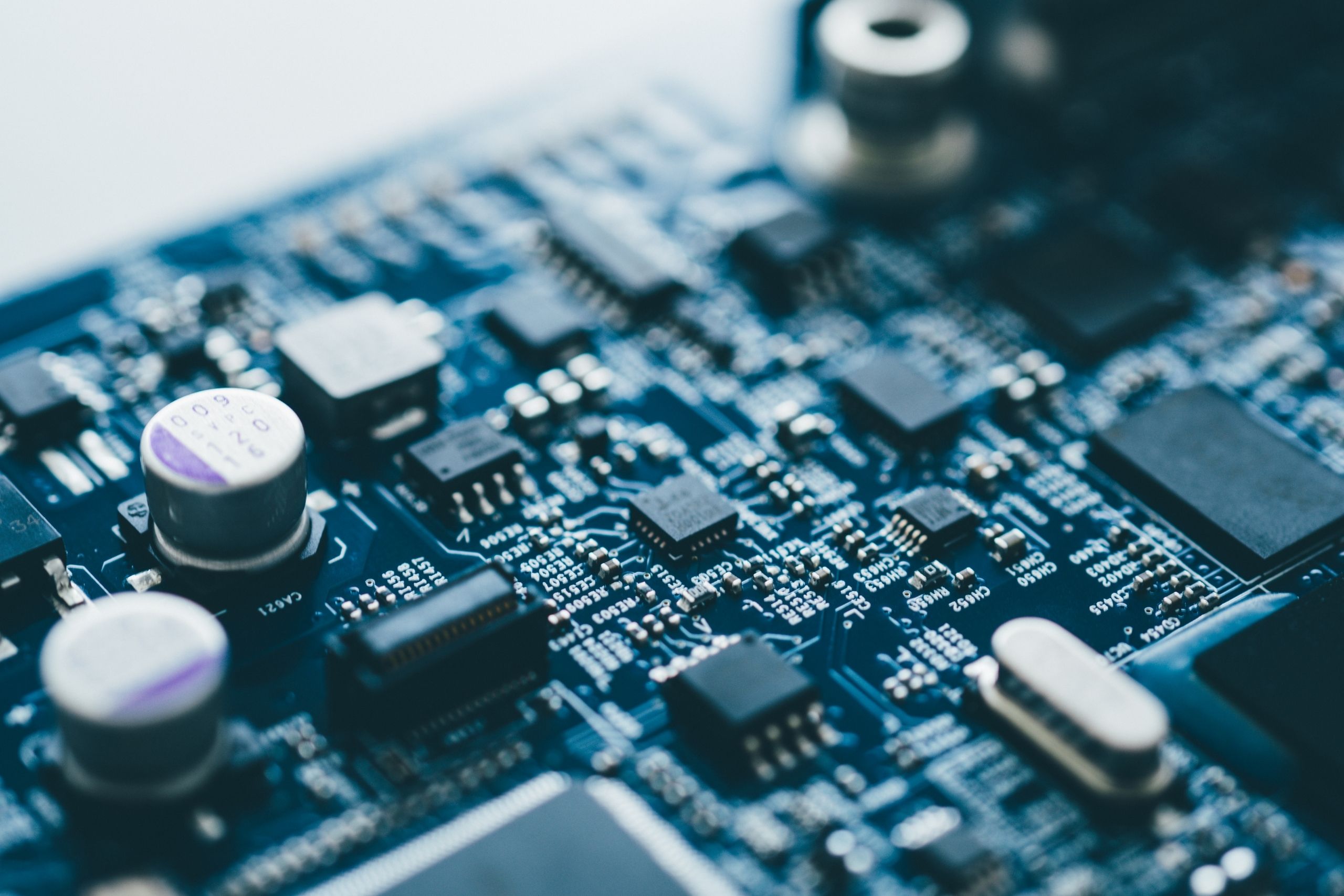 Electronics corrosion can occur in integrated circuits, microchips, lighting systems, PCB assemblies, marine equipment, and computers – all of which are broadly used and routinely exposed to potentially destructive environmental conditions. Corrosion can be costly and potentially dangerous for individuals, small businesses, and property owners who rely on these electronic systems being in good  working order at all times. Fortunately, there are simple, inexpensive ways to prevent electronics corrosion – namely, VCI anti-tarnish capsules.

But first, let’s talk about the science behind electronics corrosion. Corrosion is the gradual breakdown of material (typically metal) as a result of some chemical reaction with the environment. One of the most common forms of corrosion is called rust, which occurs when the metal iron (or its alloys, such as steel) meets with oxygen and water or moisture. The result is iron oxide, more commonly known as rust.

As anti-corrosion specialists, we recognize that many electronic devices have complex designs and numerous components that are vulnerable to corrosion. However, it’s not typically “rust” that’s occurring. That’s because electronics tend to be made of other types of metal besides iron or iron alloys. Most are made with materials like copper, lithium, tin, silver, gold, nickel, and aluminum. To be clear: These metals can certainly be vulnerable to water and moisture corrosion, but it’s not the exact same as “rust” because that is a specific chemical process dealing with iron. But what’s equally a problem with metal components is something called galvanic corrosion. This is corrosive damage caused by one reactive metal’s proximity to/interactions with other dissimilar metals.

Electronics that are notorious for all kinds of corrosion issues are:

Although corrosion has been an issue for electronics just as long as they’ve been around, we’re hearing more about it because as a society, we’re using electronics more than ever before. Not only that, but there’s a high expectation that all of our electronic devices will be reliable under almost all conditions. Corrosion threatens functional reliability – and it can happen very quickly. This is especially true considering the growing trend toward miniaturization (the sizing of electronics has decreased by a factor of 10 over just the last few years). The result is that potentially reactive metals are placed in even closer proximity to each other, heightening the galvanic corrosion risk. Also with smaller devices, we see huge damage with seemingly small environmental impacts. Just a little exposure to water or slight exposure to reactive metal and the whole thing malfunctions.

All of this makes preventative measures – particularly those that are easy and inexpensive – a smart protection of your investment.

END_OF_DOCUMENT_TOKEN_TO_BE_REPLACED 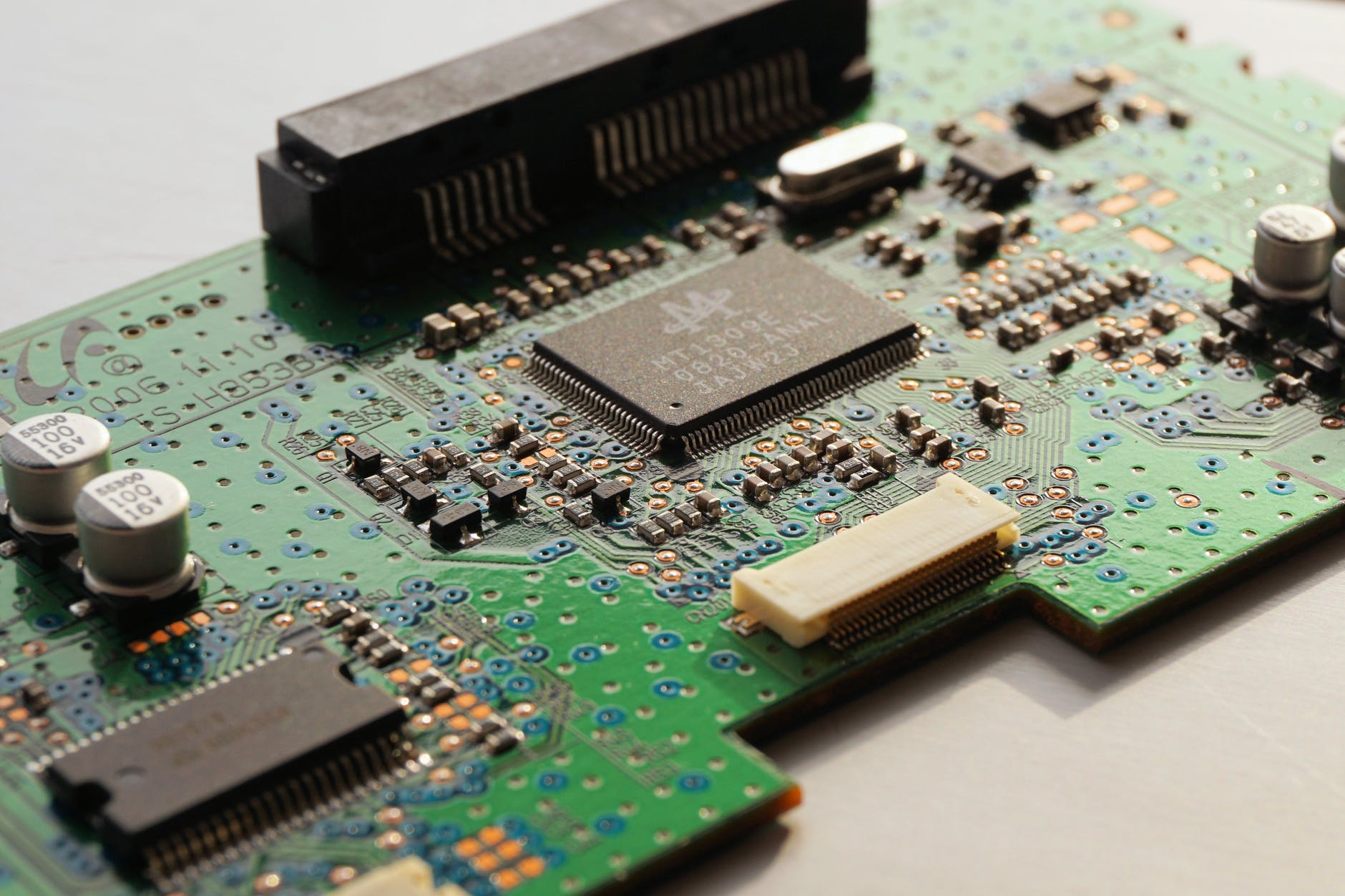 Printed circuit boards, widely known as PCBs, have a broad range of applications, including X-Ray screens, CT scanners, home appliances, entertainment systems, computer systems and smartphones. Because it’s used in so many systems, PCB corrosion of electronics is a major problem for designers, manufacturers, retailers and consumers.

The reality is practically all metallic materials on a PCB are vulnerable to corrosion under certain conditions, particularly if it’s humid. High-performance products may be shielded from the external environment, but this isn’t a full-proof guarantee against PCB corrosion, especially if there are dramatic environmental fluctuations. Corrosion can cause the device to fail. At best, this can be costly. At worst, it can pose safety hazards and even legal liability risks (resulting in the expense incurred for device failure exceeding that of the device itself).

Once a circuit board reaches a certain point of corrosion, it isn’t going to work and it will only get worse. Replacement will be inevitable. But what is corrosion, exactly?

END_OF_DOCUMENT_TOKEN_TO_BE_REPLACED 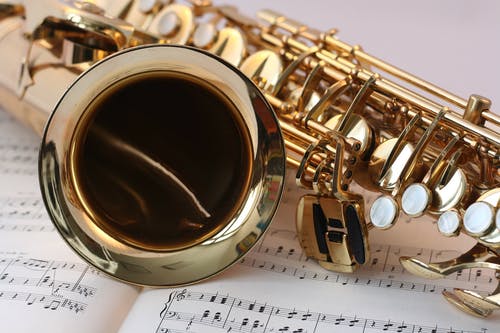 There is something about brass that produces a great, rich timbre – perfect for musical instruments. Brass is a non-ferrous metal, meaning it contains no iron and therefore cannot rust. However, it is comprised of zinc and copper, which can tarnish and corrode over time when exposed to oxygen and moisture. A good brass instrument can last 100 years or more – but only if it’s properly cared for. The best way to prevent brass instrument tarnish is to keep the instrument clean and use Zerust VCI anti-tarnish capsules. (VCI stands for vapor corrosion inhibitor.)

Tarnish will cause brass instruments to appear duller, and could even result in degradation of certain components that could diminish the robustness of sound. The resale value of a tarnished musical instrument is often greatly reduced. Damage to the finish can be accelerated with exposure to the oil and dirt on hands and faces. That’s why many musicians are so fastidious about washing their hands before handling.

Although Zerust has historically served more mechanics than musicians, we have had several instrumentalists write to us in recent years to tell us how our anti-tarnish vapor capsules have helped them to protect their prized instruments from tarnish, rust and corrosion.

END_OF_DOCUMENT_TOKEN_TO_BE_REPLACED 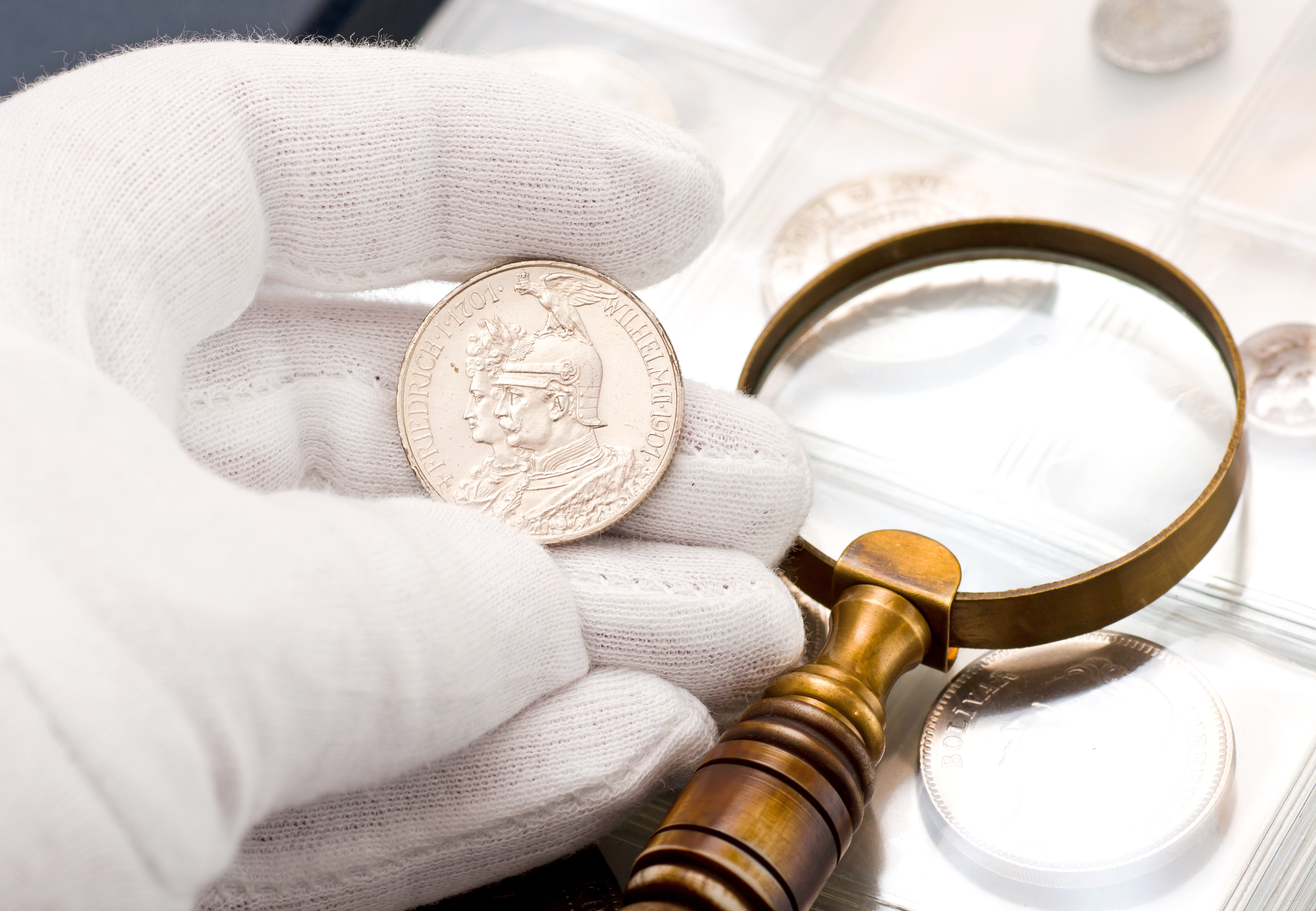 Preventing silver coin tarnish is important to the growing number of historic and rare coin collectors.

Citing new statistics from the U.S. Mint’s coin collector statistics, Numismatic News reports collection of historic, commemorative and rare coins is on the rise. While the aftermarket for collectible coins can be tough to gauge (dealers aren’t required to report their sales), it is known there’s been an uptick in both the number of buyers and price-per-coin.

Tarnish, a chemical reaction spurred by silver’s interaction with hydrogen sulfide (a gas found in small quantities in the air), can significantly impact the value of any collectible. Pieces that are pristine and absent any significant tarnish, abrasion or wear are going to last the longest and command the highest prices at auction.

Silver coins in particular are at risk of tarnishing compared to other metals both because silver itself is soft and prone to tarnishing and because coins are more likely to be handled than other types of collectibles.

END_OF_DOCUMENT_TOKEN_TO_BE_REPLACED 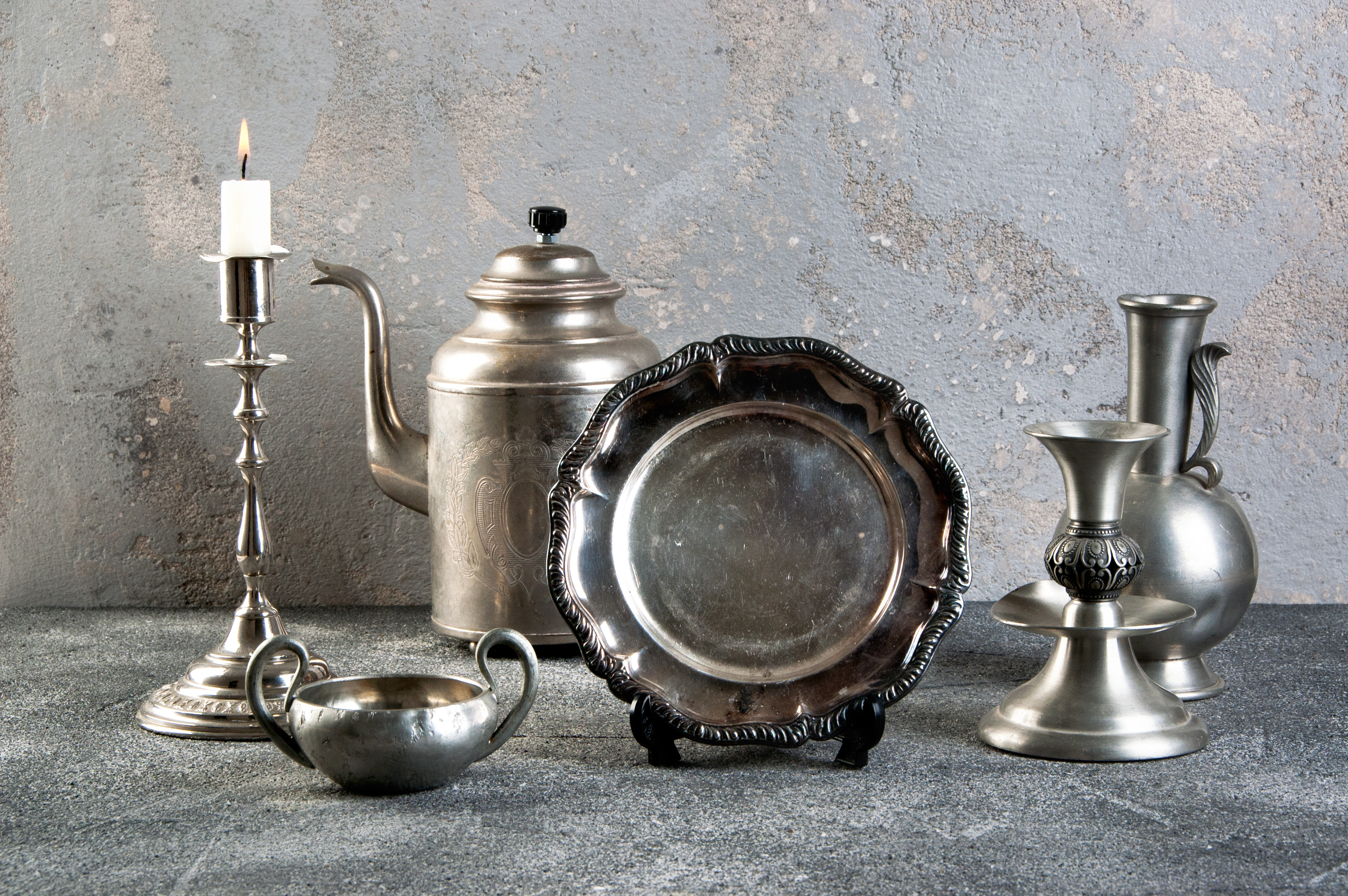 Tarnish, also known as silver sulfide, is that black film that accumulates over time on silver, giving it an appearance of grimy rather than gleaming. It’s the result of a chemical reaction that can be caused simply by exposure of silver surfaces to sulfides present in air, water or materials like felt. Silver is especially vulnerable in high-humidity or when an accumulation of oils or chemicals has built up, usually having rubbed off from skin contact.

If silver tarnish forms, a quick soap-and-water scrub isn’t going to cut it. It must be removed through tedious polishing. (The editors of Southern Living said that to refer to the task as time-consuming is “an understatement,” and recommend hosts set themselves to the chore three days in advance of a festive gathering.) Shortcuts can leave your cherished pieces worse for the wear. Some silver tarnish removers promise expedited polishing, but can pose a risk of damaging the surface quality of each piece.

END_OF_DOCUMENT_TOKEN_TO_BE_REPLACED 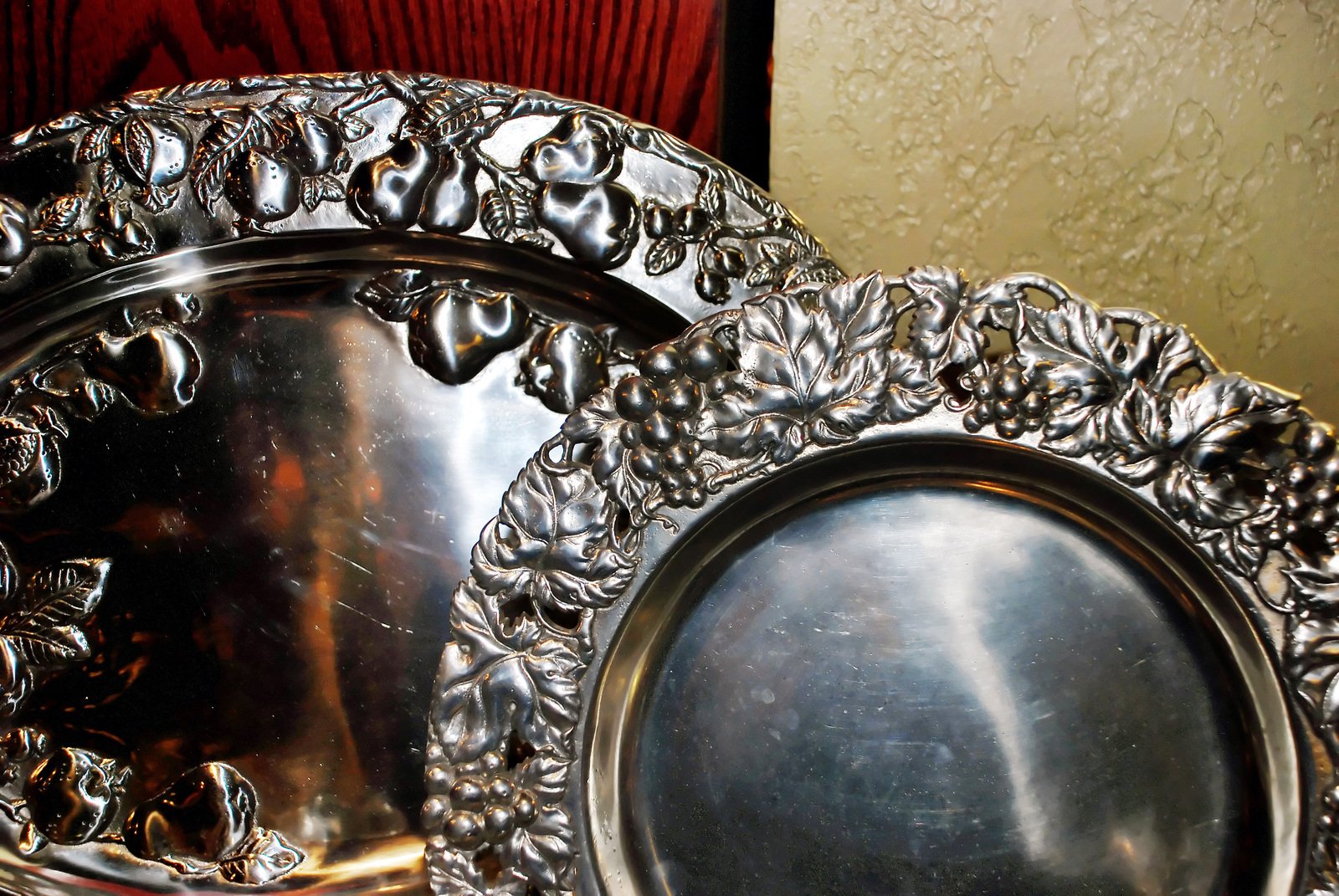 Anti-Tarnish Protection for Your Silver Jewelry and Serving Pieces

Whether a sparkling silver necklace or a valued set of antique serving platters and cutlery,  keeping your silver collection free from tarnish and ensuring these cherished pieces remain in excellent condition for the next use need not be time-consuming or expensive. 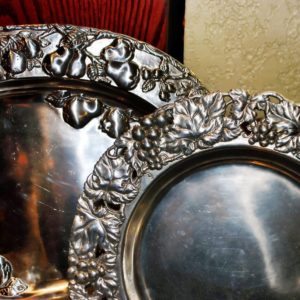 Why Does Silver Tarnish?