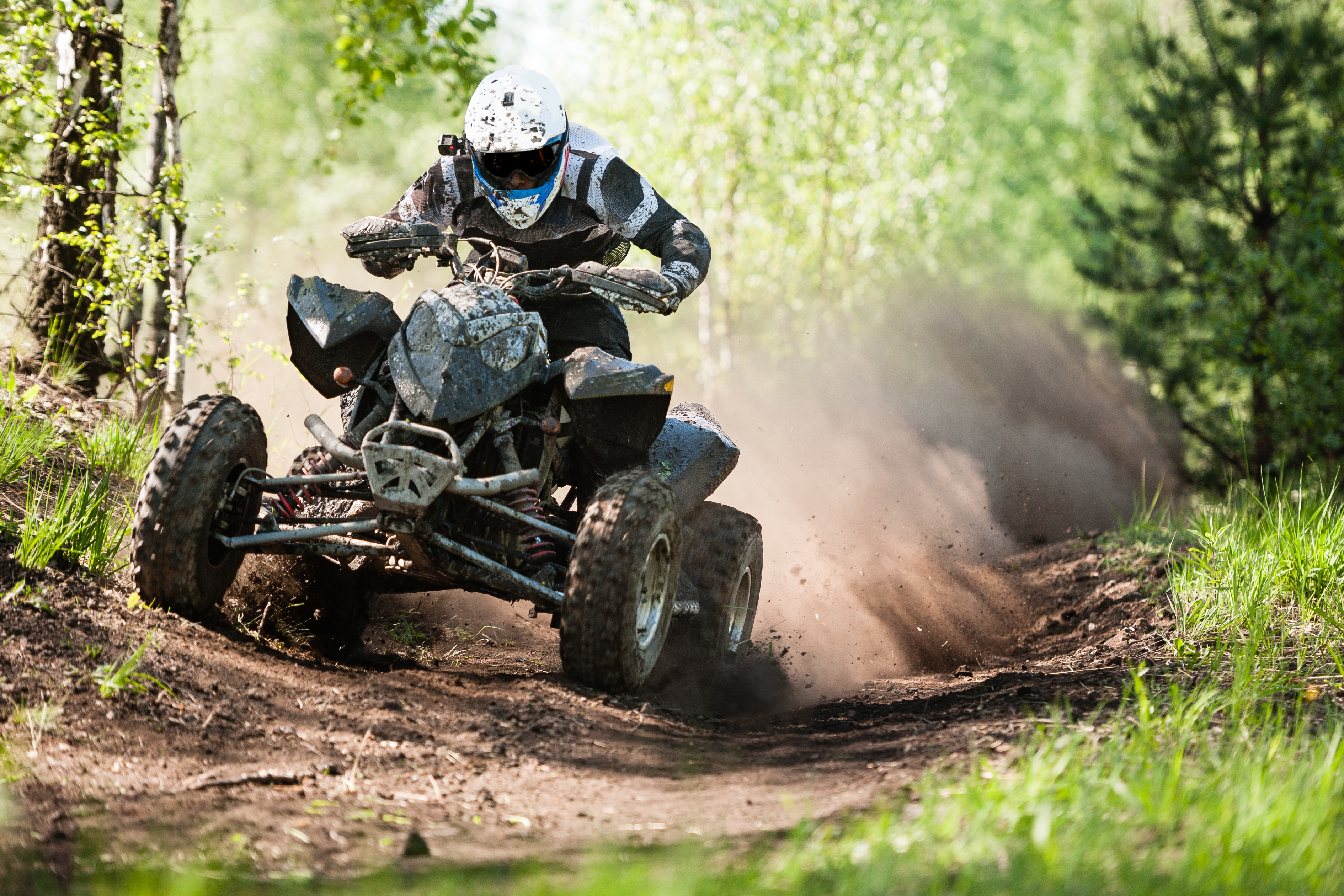 There’s more than one way to wreck an ATV. Hidden stumps, too-fast turns – and let’s not forget rust. Unlike a sudden crash, corrosion to your quad can creep up over time, but still resulting in costly damage and potentially dangerous component wear. Zerust ATV rust covers help prevent this kind of blow to your investment.

Roughly 750,000 ATVs are purchased each year in the U.S., according to the U.S. Department of Agriculture. ATVs – short for all terrain vehicles – are made for outdoor treks, often muddy and wet. Fail to take necessary precautions – especially if you ride near the sea or on salty roads, and you will get rust.

It’s true that some ATV models do a better job of shielding against this risk, but the truth of the matter is, any that contain iron or steel segments will have the potential to corrode. Not only is this a problem aesthetically, it can erode the structural integrity of the frame or functional fitness of suspension, brakes and exhaust system.

Virtually any metal has the potential to corrode through either tarnish or rust when exposed to water (or moisture) and oxygen. Given that ATVs were born to live outdoors, off the beaten paths and through the squelch of muddy terrain, it would be impossible to keep them away from these elements entirely.

Rust prevention for ATVs starts with limiting water/moisture exposure when possible, cleaning thoroughly after each use (not forgetting the undercarriage) and proper storage – which should include an ATV rust cover, especially for extended periods of storage.

As long as you haven’t been riding in freezing conditions, washing your ATV – including the undercarriage – with a hot water pressure washer immediately after use will help to clear the device of any salt or other elements than can aid corrosion. Some ATV owners even use a special salt made especially for boats that can help too.

(Pressure washing a bike in below-freezing temperatures isn’t recommended; any snow/ice should be removed if possible – or addressed as soon as temperatures are above freezing, as it can pose a risk of rust as soon as it begins to thaw/melt.)

Cleaning before storage is an important step not only to keep the ATV looking good, but because mud, grass and other debris can contain moisture – which will set off the rust process if it isn’t removed.

An ATV that is stored in a humid or salty climate should probably be cleaned every week or so whether it’s been used or not – unless you have it secured in a closed ATV rust cover with vapor corrosion inhibitor (VCI) capabilities, like the ones sold by Zerust.

It should be noted that a regular, plastic ATV rust cover without VCI technology might keep out the dust, but the risk is trapping moisture inside – and incubating the rust chemical process.

A Zerust ATV rust cover is invaluable for both for short- and long-term anti-rust and anti-corrosion protection because it not only keeps the ATV dry and safe from elements like rain, sunlight, dirt and dust, but also offers an additional anti-rust vapor shield. The colorless, odorless, non-toxic vapors, woven into the fabric of the ATV cover, attach to the surface of the vehicle, coating it with a thin – but powerful – layer of protection against corrosion.

ATVs should also when possible always be parked/stored in a garage or carport that is both dry and well-ventilated.

15 tips to prevent rust from developing on your ATV, BoostATV.com