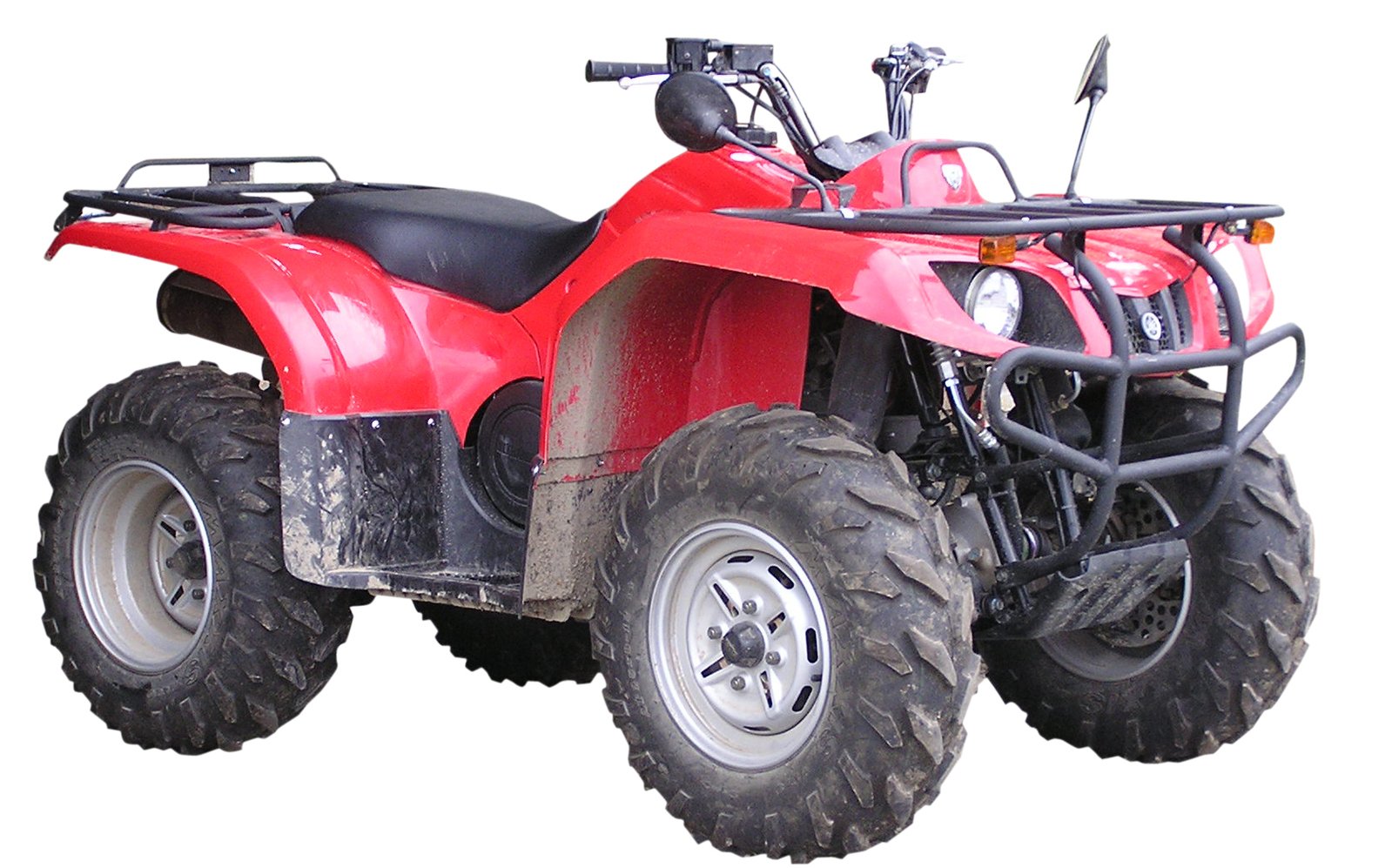 ATVs, short for “all terrain vehicles,” are built to endure punishing outdoor conditions, but they’ll last much longer if you take care of them. If it’s a choice between ATV rust prevention or tackling a rust problem after it’s taken hold, prevention will always be the better bet.

Rust and corrosion are the chemical processes by which metal weakens and breaks down when exposed even for short periods to oxygen and water and/or moisture. Elements like dirt, salt and mud can hasten the process. ATVs were meant to be driven off-road, in the muck, snow, gravel and grime. That makes taking care of your ride all the more important – especially because if rust does develop, that’s not only an issue of aesthetics but safety.

Even if you are able to get rid of ATV rust, the affected components might never be quite the same. Rust is unlikely to be listed as a causal factor in many ATV crashes, but it’s common knowledge that lack of maintenance can cause components to weaken and even fail. With more than 90,000 ATV-related injuries treated in U.S. hospital emergency departments annually, it’s not worth the gamble – for the sake of your own well-being as your potential liability if someone else is hurt.

More than 750,000 new ATVs are sold every year, according to the U.S. Department of Agriculture. But let’s be honest: It’s not a purchase you want to make every few years if you can avoid it, especially if the only reason it needs replaced is that you didn’t take better care of it.

Some ATV models built in the 1980s still run today – but only because they’ve been stored indoors – with an ATV cover – after being regularly and thoroughly cleaned, oiled and greased. Meanwhile, some models that are 6- or 7-years-old are well on their way to the junkyard, with rusting and pitting throughout the body and interior components. Some of this has to do with the quality of the manufacturing. However, more often the greater factor is that the  ATV has been ridden hard without proper cleaning, maintenance or storage.

Some people do the right thing with regular cleaning, but use a power wash or chemicals that are too harsh. This too can can damage the seals and the finish, in turn resulting in faster corrosion. Be sure to review the manufacturer’s manual for care and maintenance, and don’t forget to check for mud sticking to the brakes and chains, as these components especially are at high risk for corrosion.

Another thing you can do to potentially add a few years of life to your quad is using a cover specifically designed for ATV rust prevention.

There are so many different kinds of ATV covers, and many of them do what they promise in terms of keeping out dust and dirt and blocking harmful exposure to elements like wind, water and sun. However, what they overlook is the damage that can be caused by moisture and air trapped inside the cover. When this happens, corrosion can start to quietly occur.

Zerust ATV rust prevention covers are unique in that they not only protect against the elements, but the durable fabric we use (appropriate for all weather and climates) contains a patented, anti-corrosion formula. It’s non-toxic, odorless, tasteless and it won’t harm the electrical elements or other components.

Our technology uses an invisible vapor that inhibits corrosion by forming a thin, protective layer around the surfaces inside the aTV cover. This vapor corrosion inhibitor (VCI) can protect not only iron and its alloys, but aluminum, brass, copper, iron, nickel, steel and silver – all of which are susceptible to corrosion.

ATV owners can get up to five years of use from a single cover, which can be utilized after each use or for seasonal storage.